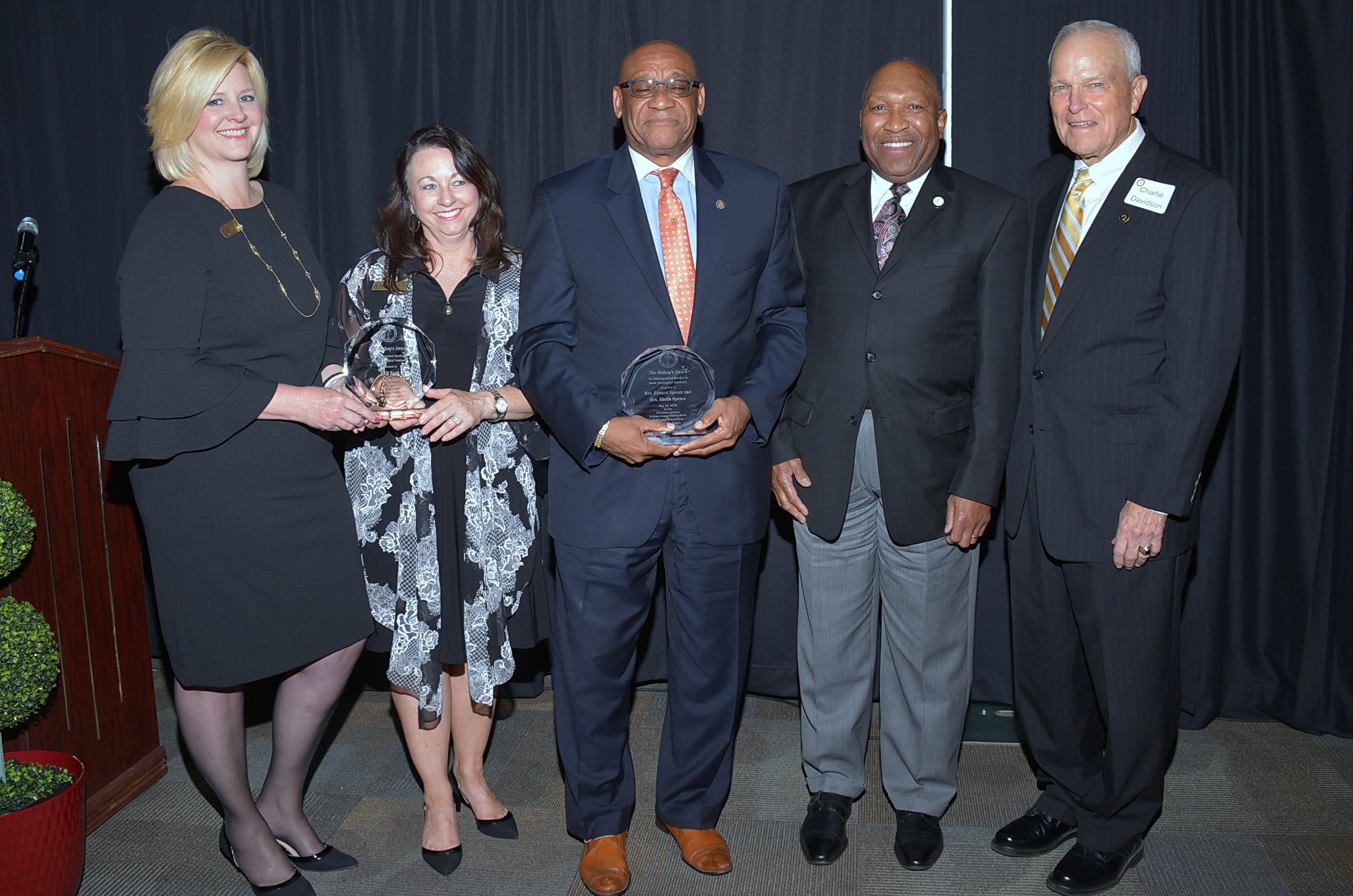 This event is held to recognize and thank those donors whose support reaffirms Hood’s mission and unique investment in the future of the church and society. Scholarship recipients were invited again this year to give them an opportunity to meet the donors who fund their scholarships.

The highlight of the evening was the presentation of the Bishop James Walker Hood Awards for Distinguished Service. This is the highest honor Hood Seminary bestows on donors, leaders and supporters. President Lattimore thanked this year’s recipients for their generous financial support and contributions of time, talent, and treasure to the mission of Hood Theological Seminary.

Rev. Edward Spence, Jr. received his Master of Divinity degree from Hood Theological Seminary in 2007. Since then, he has wholeheartedly embraced the charge presented to all graduates during the commencement service: to continue to support the Seminary by the generosity of their gifts. Rev. Spence is one of the most consistent alumni donors who has supported HTS through sustaining gifts for over a decade. His generous spirit and steadfast financial support of HTS has enriched its community and enhanced its academic strength and vitality.

Rev. Spence joined the Marine Corps in January 1972 and completed his military training in Oceanside, California. He served in two wars; Vietnam and the Persian Gulf, and travelled around the world from Europe to South Korea. He retired from the United States Marine Corps as a Master Gunnery Sergeant (E-9).

In addition to his Masters degree from Hood, Rev. Spence holds a BS in Computer Science with a minor in Math from Fayetteville State University as well as a degree in Management (AA) from the Military Institution (MCI).

He received his calling into the ministry in 2003 and his job changed from service in the U.S. Marine Corps to a service in the Army of the Lord. Rev. Spence is presently the Pastor of Bridges Grove AME Zion Church in Shannon, North Carolina.

F&M has been a community bank, by design, since its inception over 100 years ago. Chartered in 1909 with just two employees, F&M now serves this region with ten locations in Rowan and Cabarrus counties and more than 130 employees. F&M Bank has a long history of giving back to the community, from hometown reinvestment and money management education to the F&M Foundation.

Hood Theological Seminary has been a grateful beneficiary of the philanthropic generosity of F&M Bank and the F&M Bank Foundation for over ten years. Their gifts for annual fund support, as well as major contributions for capital campaigns, strengthened the Seminary in its mission of preparing women and men for bold and creative leadership for the Christian church for a diverse world. This support has impacted hundreds of students who have come to this institution on their journey of ministry. Carrie Hennemen and Janet Haynes, representatives from F&M Bank, were present to accept the award on behalf of the bank.