Associate Professor of the History of Christianity, AAAS Project Leader and Founding Director of the ICFSH

Dr. Grant is involved in the scholarly conversations taking place in the fields of Wesleyan and Methodist Studies. She has participated in the Wesley Studies Group at the American Academy of Religion, and the Summer Wesley Studies Seminar at Duke Divinity School. Her current research is focused on Wesleyan Studies, Methodist church history, Black Atlantic Studies, Black Church Studies in the Americas, and rites of Christian initiation. Furthermore, as a former environmental scientist, her research interests have converged to integrate religious studies, theological inquiry and scientific content as the Founder and Director of the International Center of Faith, Science and History. This initiative offers collaborative programming for Hood and surrounding communities along with seminary courses that often feature scientists and religious scholars from local and global contexts.

Her published work includes: a monograph, Rebaptism Calmly Considered: Christian Initiation and Resistance in the Early AME Church of Jamaica; contributions to edited book projects, such as the T&T Clark Handbook of African American Theology, book reviews, and contributions to journals such as, Wesley and Methodist Studies, Methodist History and the AME Review. She has contributed to resources such as the Equipping Global Ministry: Wesleyan Studies Project, a digitally recorded lecture series designed to instruct Methodist clergy all over the world. She is an ordained Itinerant Elder in the Western North Carolina Conference of the African Methodist Episcopal Church. 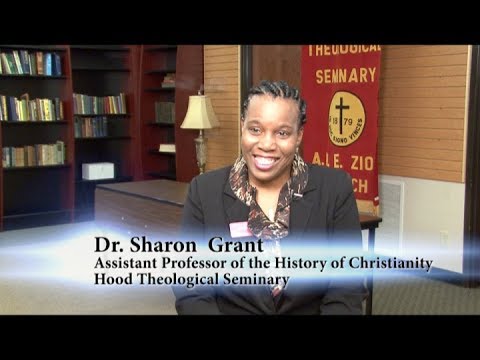